All of us were created by God to make a difference in the life of others. God has a place for you where your unique abilities and passions can touch the lives of others.

No matter what you’ve been through or what questions you might have, our church is a place where you'll find the grace, mercy, and forgiveness Jesus gives to everyone.

Come and be part of our family this Sunday. 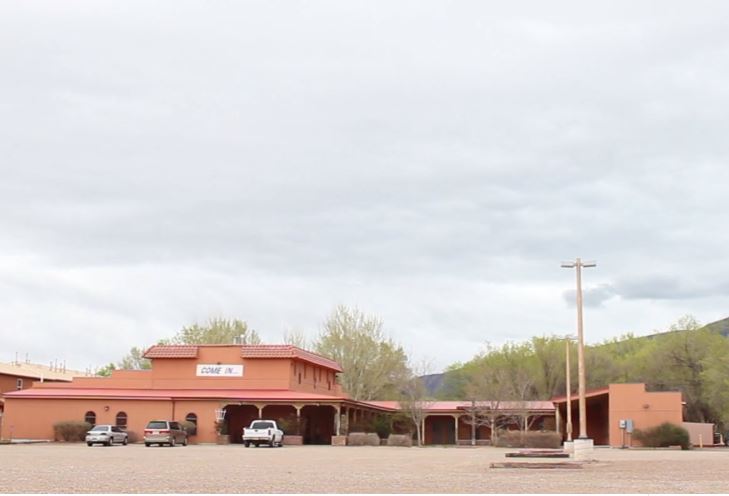 Our Service Times Are:

The Scriptures, both the Old and New Testaments, are verbally inspired of God and are the revelation of God to man, the infallible, authoritative rule of faith and conduct.

The One True God

The one true God has revealed Himself as the eternally self-existent "I AM," the Creator of heaven and earth and the Redeemer of mankind. He has further revealed Himself as embodying the principles of relationship and association as Father, Son and Holy Spirit.

The Deity Of Jesus

The Lord Jesus Christ is the eternal Son of God. The Scriptures declare His virgin birth, His sinless life, His miracles, His substitutionary work on the cross, His bodily resurrection from the dead, His exaltation to the right hand of God.

All 16 Statement of Faith

Experience God's love and transformation to be a blessing.

"Instead, we will speak the truth in love, growing in every way more and more like Christ, who is the head of his body, the church." 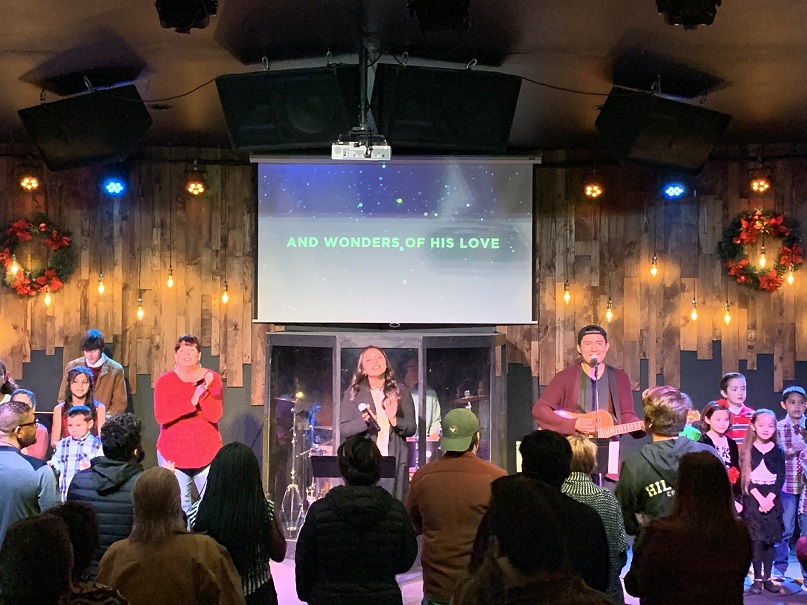 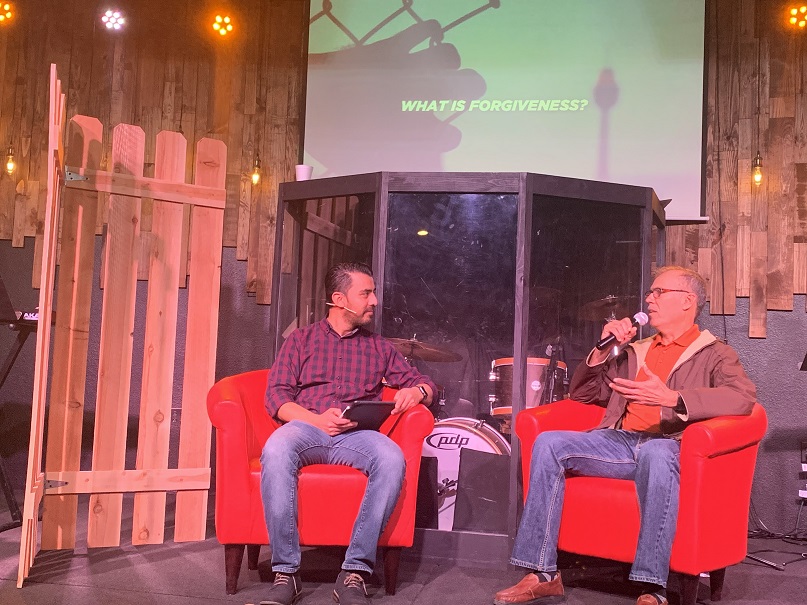 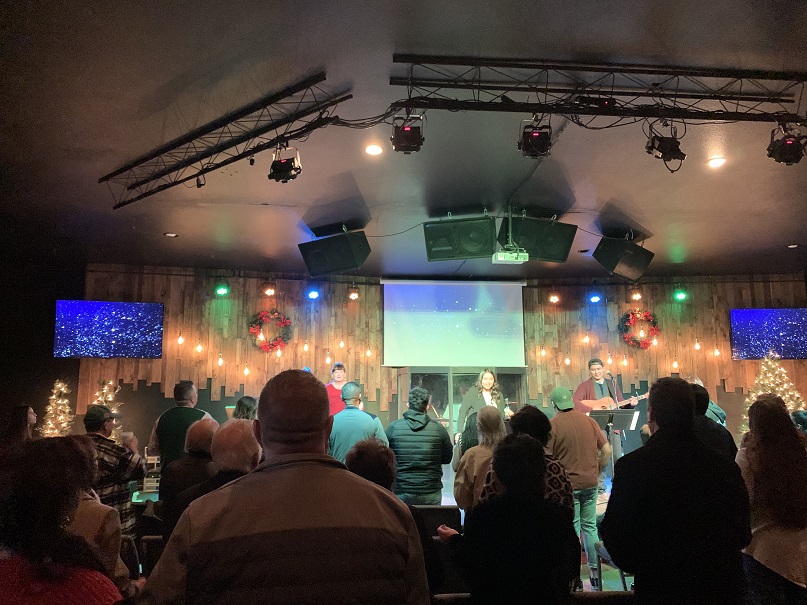 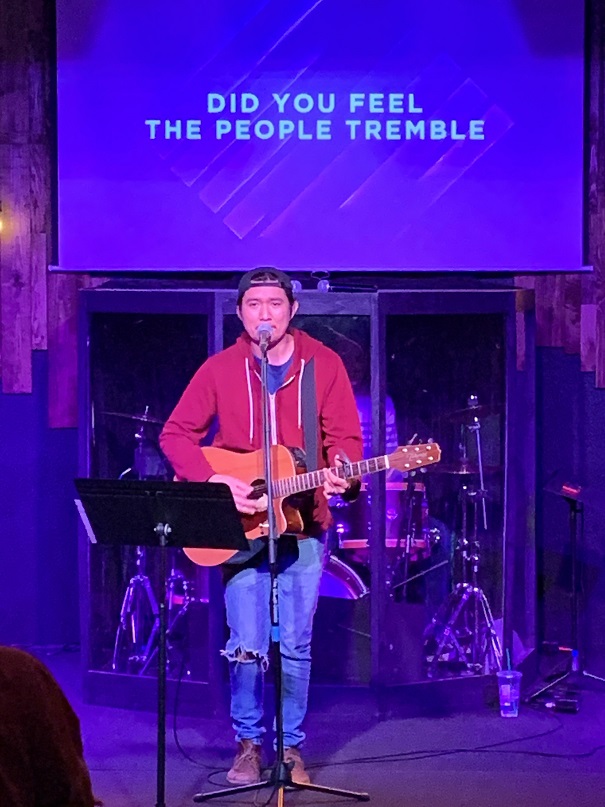 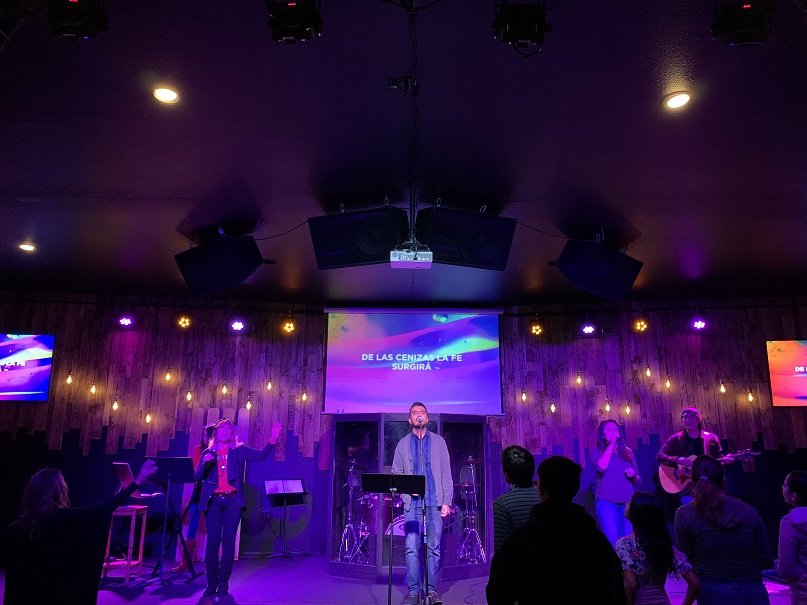 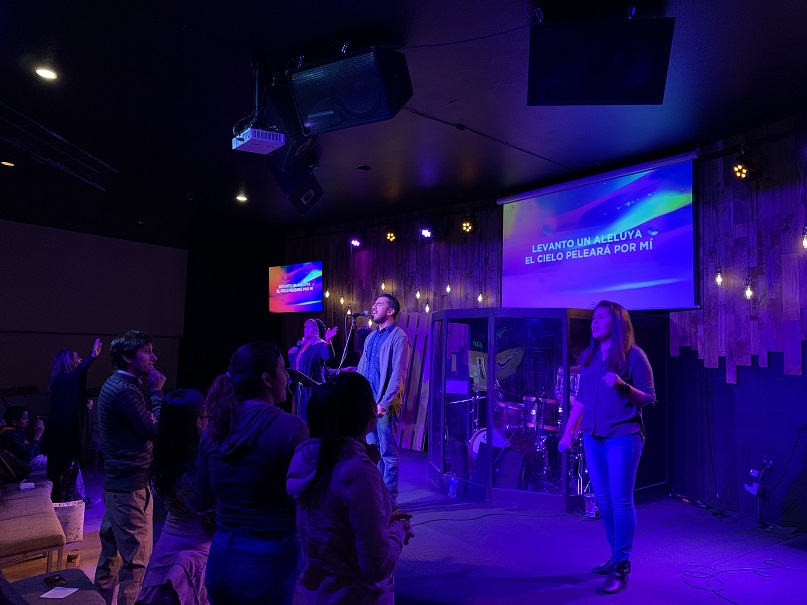 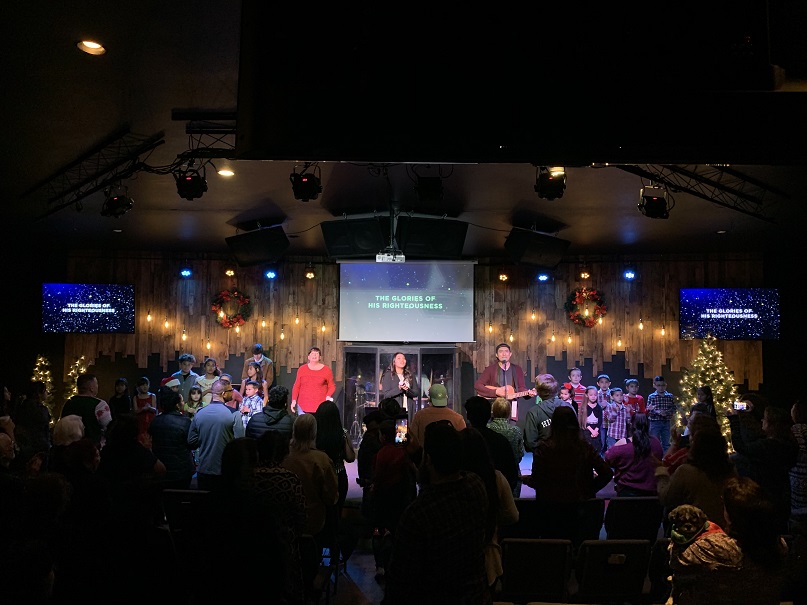 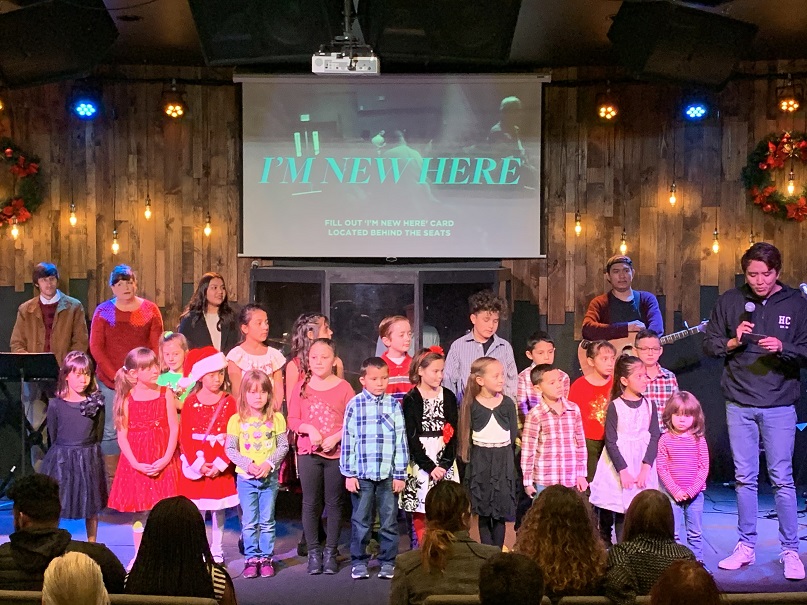 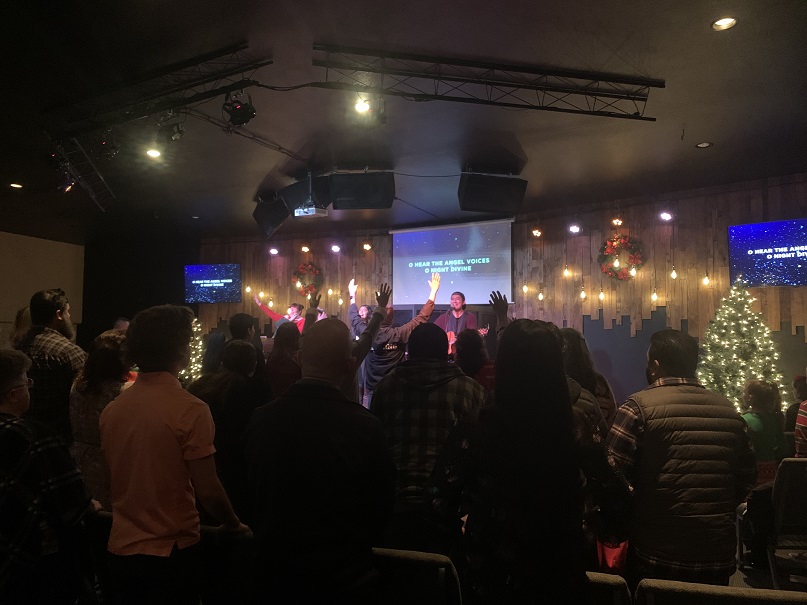 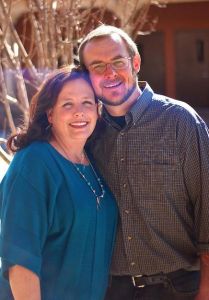 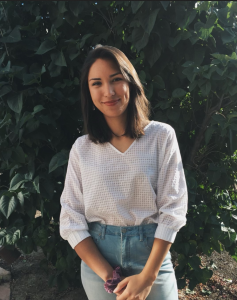 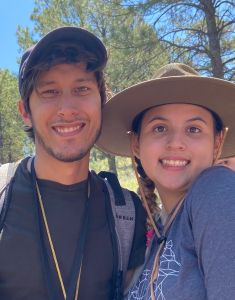 We have a great love for this church and our community and are enjoying watching God bless and grow within people’s lives.  We pray that God will continue to use this church in reaching people for Him.

When you give, you’re trusting God with your finances. 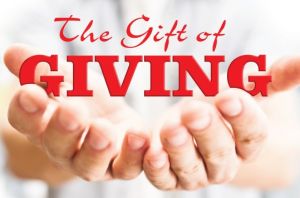 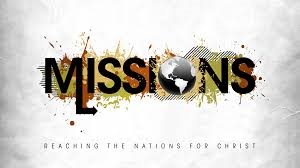 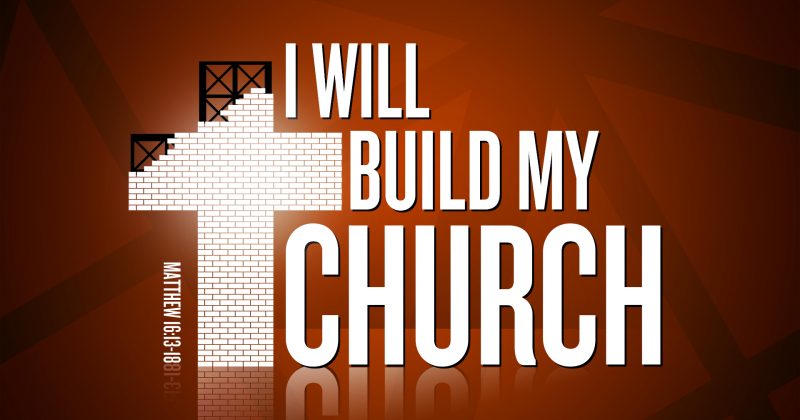 Giving may be directed toward continuing development of our campus facilities. 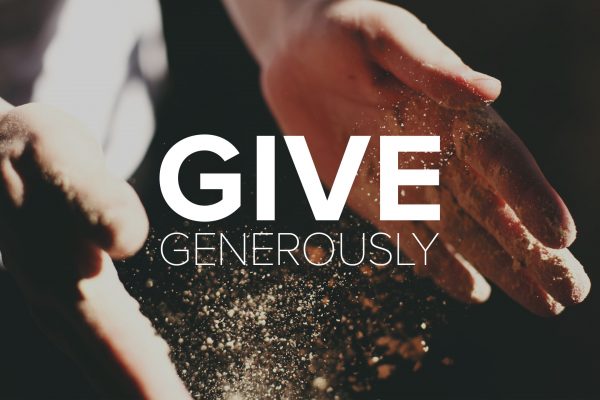 To give to a designated fund, please indicate where is says "Write a note (Optional)" line.

This is a video tutorial for FA Church online giving.
This is a safe and secure way to contribute to the ministry of First Assembly Church of Bernalillo. 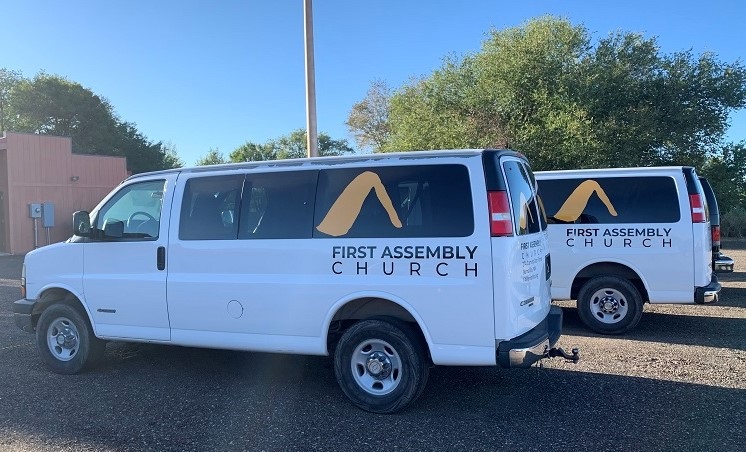 PARENTS/GUARDIANS/ADULTS: There is a Bible Study in English and Spanish for adults on Thursday evenings, while your children are enjoying the youth and children's activities.

Build friendships, pray for others, and study the Bible with other adults. Meets every Thursday at 7:00 p.m. 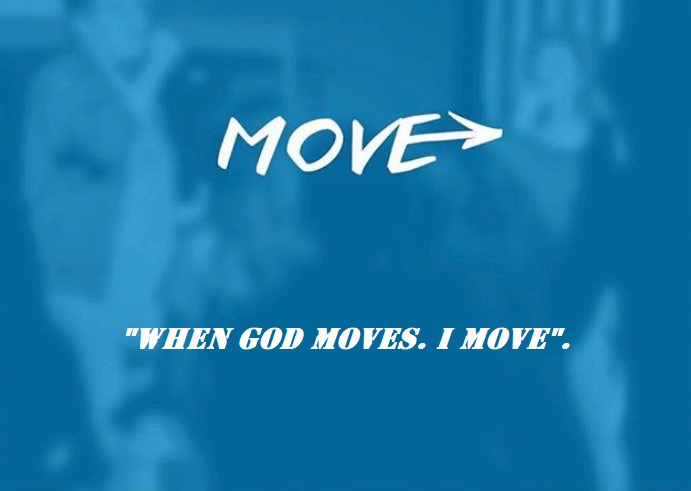 We're not just a church, we are a Movement. 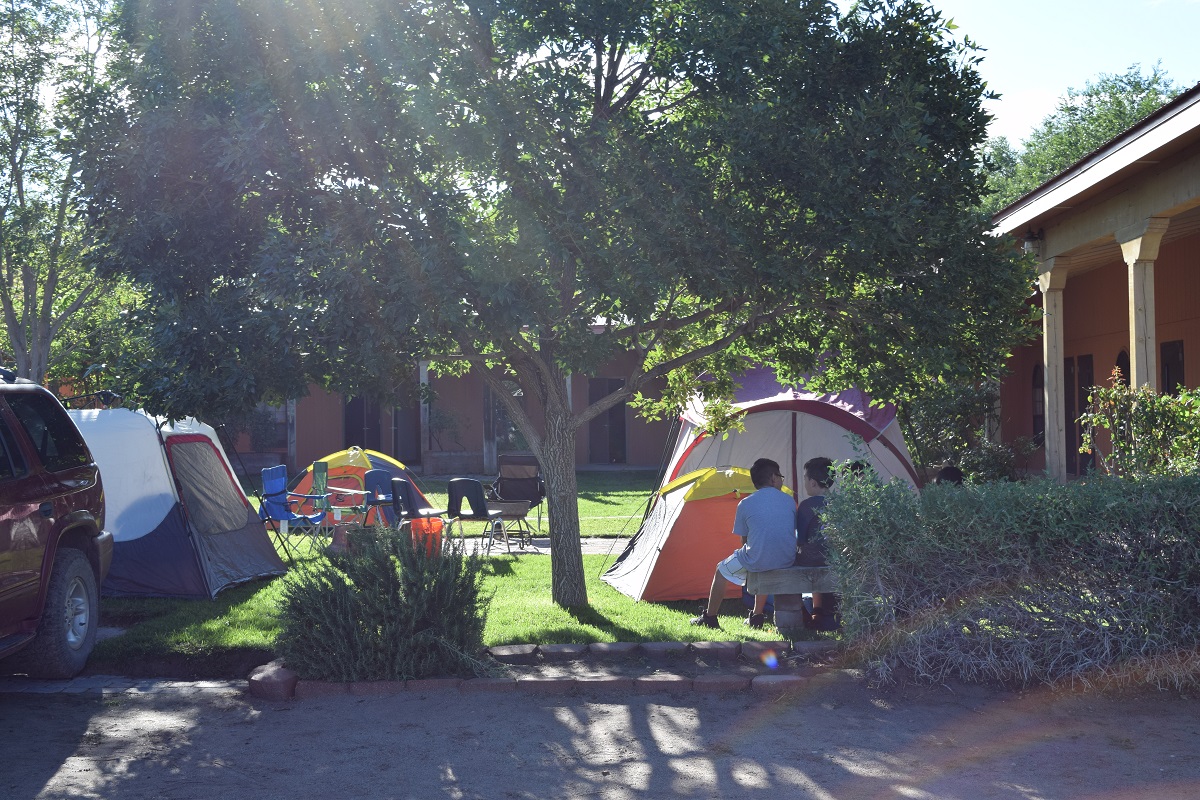 Royal Rangers is a mentoring program for future men. We provide Christ-like character formation and servant leadership development for boys and young men in a highly relational and fun environment. Our mission is to evangelize, equip, and empower the next generation of Christ-like men and lifelong servant leaders. 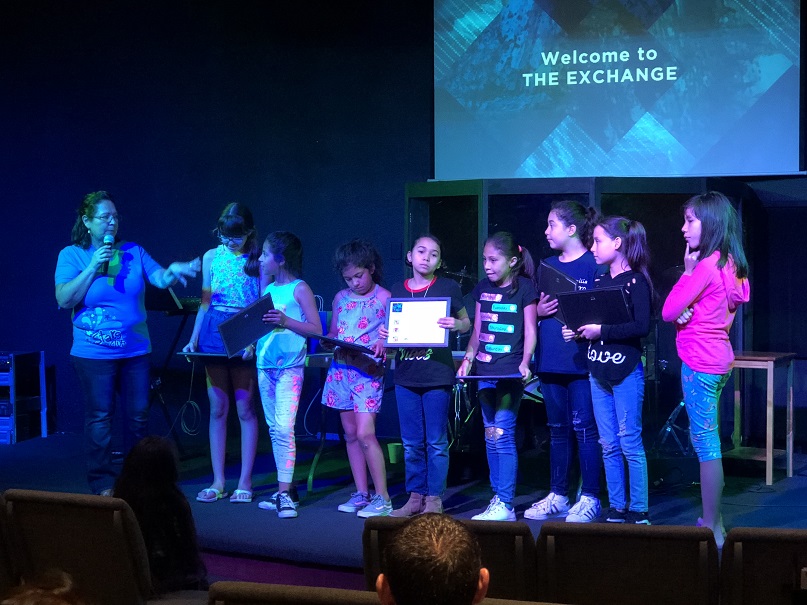 Girls Ministries is a church-based discipleship program that has a legacy of godly women coming alongside girls, guiding them on a path to become mature and godly women. Our goal is simple: To see every girl moving toward a deep relationship with Jesus Christ, and to realize her importance and potential in the kingdom of God. 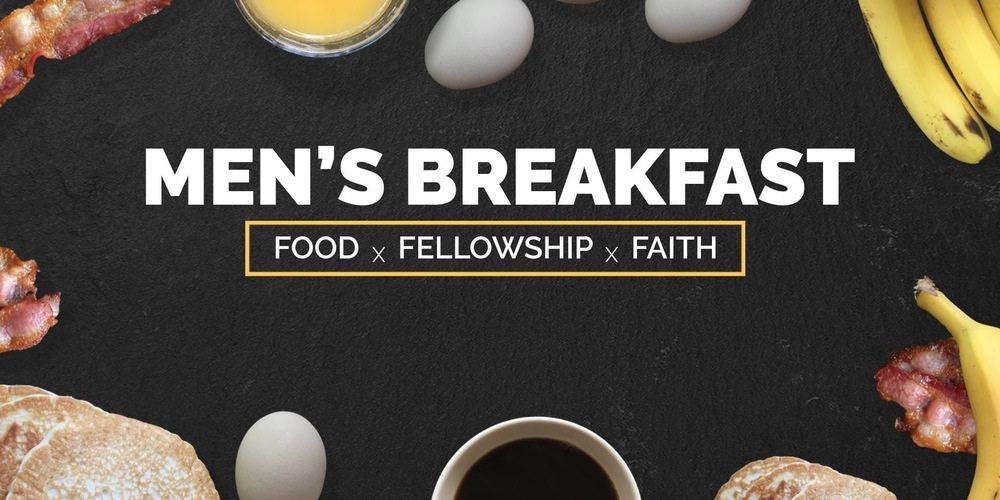 First Saturday of Every Month

The men of FA Church gather together every first Saturday of the month for a short teaching from God’s word, group discussion, and time to develop friendships in the church. 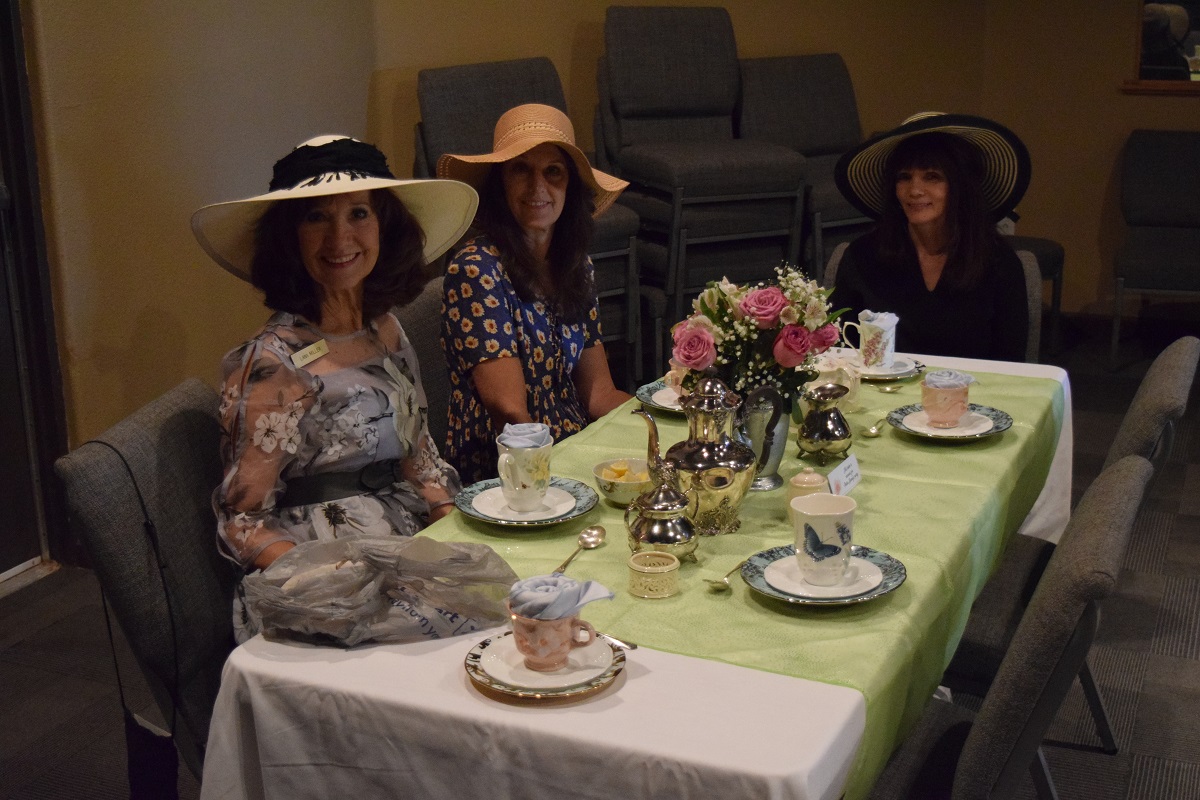 Most women are very busy and often do not take time for themselves. At First Assembly, we want to offer women a place and time where they can unwind while engaging with other women in the church.

We meet at the church on the second Tuesday of each month at 6 PM for lots of food, fun and fellowship.

Cristian and Katie Beker became a part of the New Mexico Assemblies of God in 2001 as Spanish pastors of First Assembly of God in Bernalillo, New Mexico. The Bekers served as Spanish pastors until 2011 when they accepted the senior pastorate of the church while concurrently leading the Spanish fellowship until 2012. They currently serve as the senior pastors of the church. Cristain Beker, a native of Argentina with German descent and who is fluent in three languages (English, Spanish, and German), was called to the ministry at the age of eight when God reveled to him a vision in which he was preaching to “a huge mass of people, like the size of the ocean.” Fittingly, Beker would soon use his international heritage and upbringing to serve as a missionary to Paraguay from 1992-2000-although not as a part of the New Mexico Assemblies of God. While far from his native Argentina, Beker is surrounded by the influence of Latin America in the city of Bernalillo-a community deeply influenced by the Spanish language because of its large Spanish-speaking population. Within this ministry context Beker seems an appropriate minister for the role because of his international background and training. Both for now and for future ministry, he seeks “to build a church of Christians that live an authentic life in Christ, with relationships and Bible discipleship, to reach people for God that will live an authentic walk in the Spirit…”

The year 1988, along with 1989, became the high point in terms of the number of churches in New Mexico than claimed allegiance to the Assemblies of God. Because of the church-planting efforts of Louis Coots, Stephen Parker, and Rhea LaRue and Pasquelita Rodriquez (along with help from William Lee, Tom Willeto, and C. Eddie Lee) in Twin Lakes, Bernalillo, and White Horse respectively, the number of Assemblies of God churches in New Mexico grew to its pinnacle: 106. This total was accomplished in 1989 as well. Never again has the number of churches returned to this count. However, the average attendance of Assemblies of God churches since 1988 has gone up each year for nineteen out of twenty-six of the following years. In that time, the average attendance has increased sixty-five percent! Truly the New Mexico Assemblies of God was entering into a greatly-fruitful time of ministry.

Such a great foundational story of other churches in New Mexico notwithstanding, another significant Assemblies of God church was planted in 1988 through the leadership of Stephen Parker. Parker had been an associate pastor to Charles Kumley, who had started North Valley Assembly of God in Bernalillo in 1980. Parker set out from that church to start “First Assembly of God” in Bernalillo in 1988 because “the people of Bernalillo, the call of the Lord was heave on my heart” and because Kumley was soon to resign his church in 1989. (Some of the remaining members of North Valley Assembly of God migrated to Parker’s church plant after the closure of Kumley’s church.) He remembers his “Damascus road” experience while attending Evangel Temple (now “Evangel Christian Center”). This calling would lead Parker to plant one of the more successful church plants in recent years as the church has lasted to the present day, twenty-six years later. Parker remembers, “the call of the Lord was my life to [open the church]…and we did it. We were renting right from the Catholic Church; and used to meet in the old mortuary. And people would stop from going into the Catholic Church and come over. A lot of people gave their heart to the Lord. At one time under the leadership of Jude Tercero, the church reached an average weekly attendance of 225 people. The church is now led by Cristian Beker as a bilingual fellowship reaching the heart of the northern portion of the greater Albuquerque metropolitan area.

The northern valley of Albuquerque had become a flourishing community because of the cities of Rio Rancho and Bernalillo. Seeing such a need in these communities, Charles Kumley endeavored to begin a church in Bernalillo in 1980. He opened the doors of “North Valley Assembly of God” that year. Kumley had benne a friend and co-work with Ellis Stone in his evangelization efforts. In fact, Kumley was the first evangelist to join Stone in his missionary work in Mexico. Using such experiences on the mission field and in evangelization, Kumley was a good fit to begin a church in Bernalillo. The church ministered for ten years until 1989 when Kumley resigned. Many of the remaining believers of North Valley Assembly of God would join Stephen Parke-Kumley’s former associate pastor-who had set out to start a new Assemblies of God church in Bernalillo in 1988.

What should I expect?

As soon as you walk through the doors of our church, you will find a family atmosphere that will make you feel right at home. Our welcome team is here to help you and minister to every member of your family. The music is upbeat and contemporary, and our worship is liberating. God is at the center of everything we do. You will leave encouraged and spiritually uplifted.

What time are your Sunday worship services and sermons?

We have three worship services and sermons each Sunday, held in the sanctuary?

1. Join us on Sunday mornings at 9:00 a.m. for a time of contemporary worship and bible based teaching.

2. Join us on Sunday mornings at 10:30 a.m. for a time of contemporary worship and bible based teaching.

3. Spanish Service: Join us on Sunday mornings at 12:00 p.m. for a time of contemporary worship and bible based teaching.

What do you offer for children on Sunday morning?

On Sundays we have a staffed nursery for the infants and special services for the children up through 6th grade.

Who goes to your church?

We have quite a mixture of people. Our congregation truly spans the ages, from newborns to folks in their 80s. You’ll find just about every type of person here – married, single, divorced, widowed – professionals, workers, retired – life-long residents and those who have just recently moved to the area. But even more important than the kind of people who go here is the kind of people who are welcome here – everyone!

Does your church belong to any denomination?

FA Church is affiliated with a denomination known as the Assemblies of God--but don't let a name keep you away!

Pastor Cristain does not focus his message on denominations or church names--he preaches the Bible in a practical, real-to-life way with an underlying message of unity between all believers in Christ, regardless of their church background.

How can I be saved?

If you are not in relationship with the God, we want you to take this opportunity to call on Jesus Christ as Lord and Savior.

That is everyone! It doesn’t matter what you’ve done, where you’ve been or how long since you’ve talked to God or if you ever have. God is willing right now to save you, forgive you of your sins and put you in right relationship with Him. That is the love of God.

If you would like to pray a prayer to get your life right with the Lord, pray this simple prayer:

Dear God, I thank you that you see me just as I am. I know I’ve sinned and walked away from you. I ask Jesus Christ to be my Lord and Savior today. I believe that He died for me and I believe that He rose again. I give you every part of me now. Please forgive me of my sins. Be my God. Thank you for saving me. In Jesus’ name, Amen.

If you prayed that prayer please contact our pastor Cristain Beker at (505) 463-3086 so he can follow up with you and provide some resources to help you on your new journey.

How do I get Involved?

We recommend that, before you get involved, you become a regular attendee in one of our Sunday morning services. The best way to start is to sign up for Growth Track, which is a four-week small group experience led by our leaders. From there you will get to know others in the church and learn of various opportunities to jump in and serve! If there is a specific area of ministry in which you are interested in helping, please contact a pastor Cristian Beker at (505) 463-3086.